This is the trip you always dreamed of . . .

The scriptures will come alive for you as you read them and learn about their history in the actual places where they took place.  You will have insights and understanding like never before.

You will be traveling with others who share similar beliefs and you will hear from top LDS scholars.  It is the spirit and feelings you get in these sacred sites that you will always remember, and that you will cherish for the rest of your life.

Depart for Israel. Overnight on the trans-Atlantic flight. 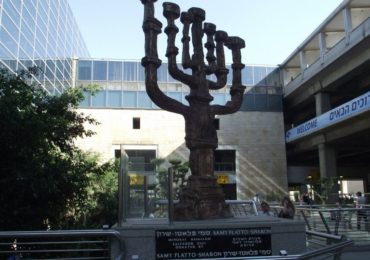 Arrive in Tel Aviv. Transfer to the hotel and spend the evening on our own preparing for our amazing experience. Later that night, Cruise Lady will hold a “Welcome to Israel” meeting to go over the itinerary and meet everyone else in the group. 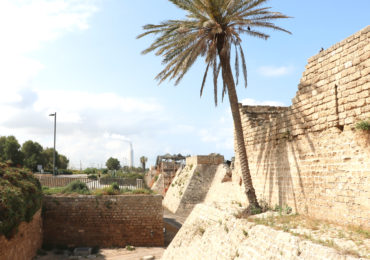 Today we travel to Caesarea and recall the story of Paul preaching to King Agrippa. Not far away, the road rises to Muhraqa (Mt. Carmel), site of the prophet Elijah’s contest with the priests of Baal. After a lunch stop at a local Druze Restaurant, we head to Megiddo OR Sepphoris (headliner’s choice). We continue on to Nazareth, the town where Jesus Christ “grew and waxed strong in spirit…” In Nazareth we explore the Church of the Annunciation, St. Joseph’s carpentry shop, and The Synagogue Church. Our last stop is Mt. Precipice, where, in addition to enjoying the spectacular view, we discuss the transfiguration. We end our day at our hotel by the shores of Galilee, our home for the next two nights. (B, L, D) 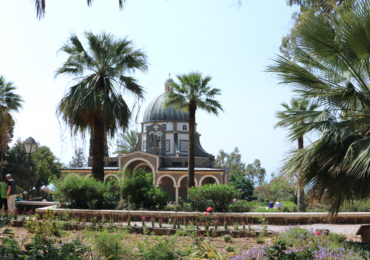 This morning we walk a short distance in the Valley of the Doves to experience the trail of Jesus in a way that is authentic. We then visit Tabgha, the Church of the Multiplication of the Loaves and Fishes, and view a 5th Century Byzantine mosaic floor. Next we visit the Mount of Beatitudes. Hear again the words of the “Sermon on the Mount.”  We will pass Tel Hazor and Tel Dan on our way to the Banias Waterfall. Our lunch stop will be at a unique Lebanese restaurant near the gate into Caesarea Philippi.  After lunch we enter Caesarea Philippi, where the Savior asked his disciples, “Whom do men say that I the Son of man am?”  We then drive to Mt. Bental which offers a gorgeous and sweeping view north to Mt. Hermon and the road to Damascus. We drive by Bethsaida—home of Peter, Phillip, and Andrew before returning to our hotel. After dinner, we enjoy an inspiring devotional. (B, L, D) 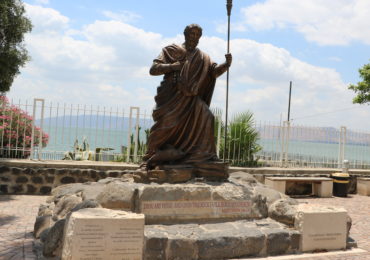 Our first stop is the Magdala Center where we explore a 1st century synagogue. Next is the Church of the Primacy of Peter followed by Capernaum—where Jesus lived and recruited His future apostles. On the Sea of Galilee, we board a replica of an ancient fishing boat. After a delicious lunch of St. Peter’s Fish, we arrive at the beautiful ruins of Bet She’an where King Saul and his sons were hung from the walls. We end our day at our hotel in Jericho, our home for the next two nights. (B, L, D) 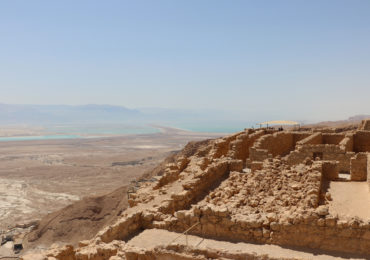 Our day begins as we journey to Masada and take the aerial tram up to Herod’s mighty fortress. Visit the caves of Qumran where the precious Dead Sea Scrolls were found. Enjoy a traditional Palestinian meal in Jericho. In the afternoon we see the traditional baptismal site on the Jordan River. Our last stop is Qumran Beach where we can enjoy the buoyant salty waters of the Dead Sea. (B, L, D) 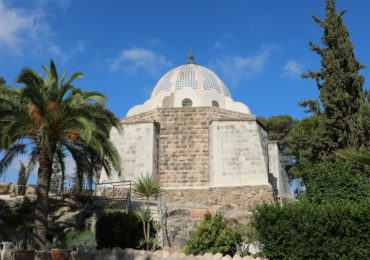 Today we head to the little town of Bethlehem. First we spend some time in the shepherds’ field as we contemplate the events that took place near there so many years ago. Next we visit the Church of the Nativity to remember the birth of Christ followed by a visit to the Grotto of St. Jerome. We enjoy a unique lunch in a Bedouin tent restaurant overlooking the shepherds’ field. After lunch, we have some shopping time before heading to discover the treasures of the Israel Museum. First, we see the Holy Land Model, a unique scale model of Jerusalem as it was at the time of Christ. We then visit the Shrine of the Book, the site chosen to house the priceless Dead Sea Scrolls. We end our visit exploring the fascinating Israeli artifacts housed in the museum. After arriving at our hotel in Jerusalem for the next two nights, we enjoy dinner followed by an opportunity to explore on our own. (B, L, D) 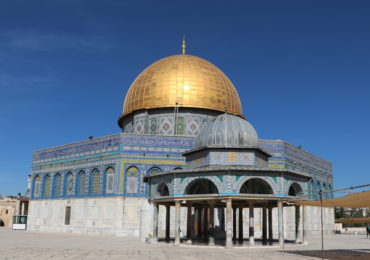 Our first stop of the day is the Temple Mount to see the Muslim mosque and Muslim shrine—Dome of the Rock. Next, we experience the incredible acoustics of the St. Ann Church. At the Pool of Bethesda, we marvel once again at Christ’s miracles. In the Old City, we will see the area where the Antonia Fortress once stood and where Christ was scourged. We then walk the Via Dolorosa to the Church of the Holy Sepulchre. After a break for lunch and/or shopping, we walk by Hezekiah’s “Broad Wall” and then head to the Room of the Last Supper to recall the poignant last moments of Christ with His beloved disciples. Our next stop is the House of Caiaphas where Jesus was imprisoned before His final day in mortality. We stop at the Mount of Olives overlook for an excellent panoramic view of the incredible city. (B, D) 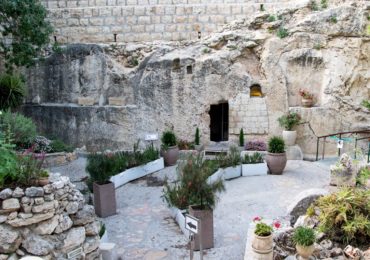 We begin our last day with a visit to the Garden of Gethsemane (and Orson Hyde Park if you want to walk UP the hill) and the Church of All Nations. Here we walk among ancient olive trees and feel the spirit of that sacred area. We then head to the unforgettable BYU Jerusalem Center before stopping at the Western Wall and witness a few Bar Mitzvahs. At the amazing Jerusalem Archaeological Park, we see the ancient steps leading to the temple mount that Christ must have tread. There will be some free time for shopping and lunch on your own. Our final stop is the beautiful Garden Tomb, believed by some to be the site of Jesus’ burial. Next to the Garden, there is a limestone hill which many revere as Golgotha, site of the crucifixion. After our farewell dinner, we transfer to the airport for our return flights to the USA. (B, D)

TOUR COST: $2348 per person based on double occupancy.

(Price is for Cash or Check payment. Price for Credit Card payments is $2420 per person, plus reservation fee)

Space is limited to 46 so BOOK NOW!

***PASSPORTS ARE REQUIRED and must be valid through December 2021***

IMPORTANT NOTE: Due to the nature of this tour you must be able to climb steps and walk briskly unassisted.

Please note that minor changes to the itinerary may occur due to local conditions and to better accommodate our group.

To receive our best monthly deals